Mother’s Day is for all moms, but no two moms are the same. So whatever vibe you’re looking for on this preschool vacation, we’ve got you covered with the perfect movie companion.

Whether you want something sweet, something silly, something scary, something wild, or a bit of everything all the time, there’s the perfect movie waiting for you – even if celebrating Mother’s Day isn’t. not your thing.

If you want your mind to be blown and your heart to be warmed: Everything everywhere all at once

When reviewing this exhilarating and messy adventure-comedy, I tried to avoid basic details, because getting to the real story at the heart of this gill-stuffed adventure is part of its fun. But Everything everywhere all at once has been out for weeks now, so spoilers: For all its multiverse madness, clever use of pop songwriting, and general mayhem, this is a mother-daughter relationship in crisis.

Michelle Yeoh stars as a harassed laundromat mother/wife/owner/taxpayer, who is pressured from every possible angle. And it’s before an alternate universe version of her husband (Ke Huy Quan) crashes to ask her to save all existence. Slingshot into a myriad of other possibilities for her life, she sees red carpets, raccoons and rock slides. Yet she ultimately focuses on her 20-something daughter (Stephanie Hsu). Written and directed by Dan Kwan and Daniel Scheinert, this is by far the most cerebral film on our list, but also the most celebrated. For all its weirdness, the warmth of this movie and its message will hit you like a wide eye between your eyebrows. Then joy will take you home.

How to watch: Everything everywhere all at once is now in theaters.

How a One-Hit Wonder Became Absolutely Crucial to “Everything, Everywhere, All At Once”

If you want something for the whole family: turn red Like many movies on this list, turn red focuses on a strained mother-daughter bond. But incredibly, this Pixar photo finds a fabulous, fun, and furry way to explore the tensions of growing up and getting out of your parents’ embrace. Chinese-Canadian Meilin (Rosalie Chiang), 13, is the darling of her mother (Sandra Oh), always obedient in her chores at home and in the temple, and studious in school. But to her friends, Meilin is a boy-crazed crackpot – and they love her for it! These identities come into conflict when a family secret turns the teenager into a giant red panda. On the one hand, it’s a cuddly metaphor for menstruation. On the other, it’s a launching pad for plenty of wild action sequences and extremely silly sight gags.

If you somehow missed the phenomenon that is Domee Shi turn red, use Mother’s Day as an excuse to catch up. Along with the critically heralded comedy and coming-of-age commentary, this animated adventure also has a punchy soundtrack and a cavalcade of female relatives who come together for each other no matter what.

How to watch: turn red is now on Disney+.

In “Turning Red”, fandom is freedom

If you want a quiet moment: Little mom 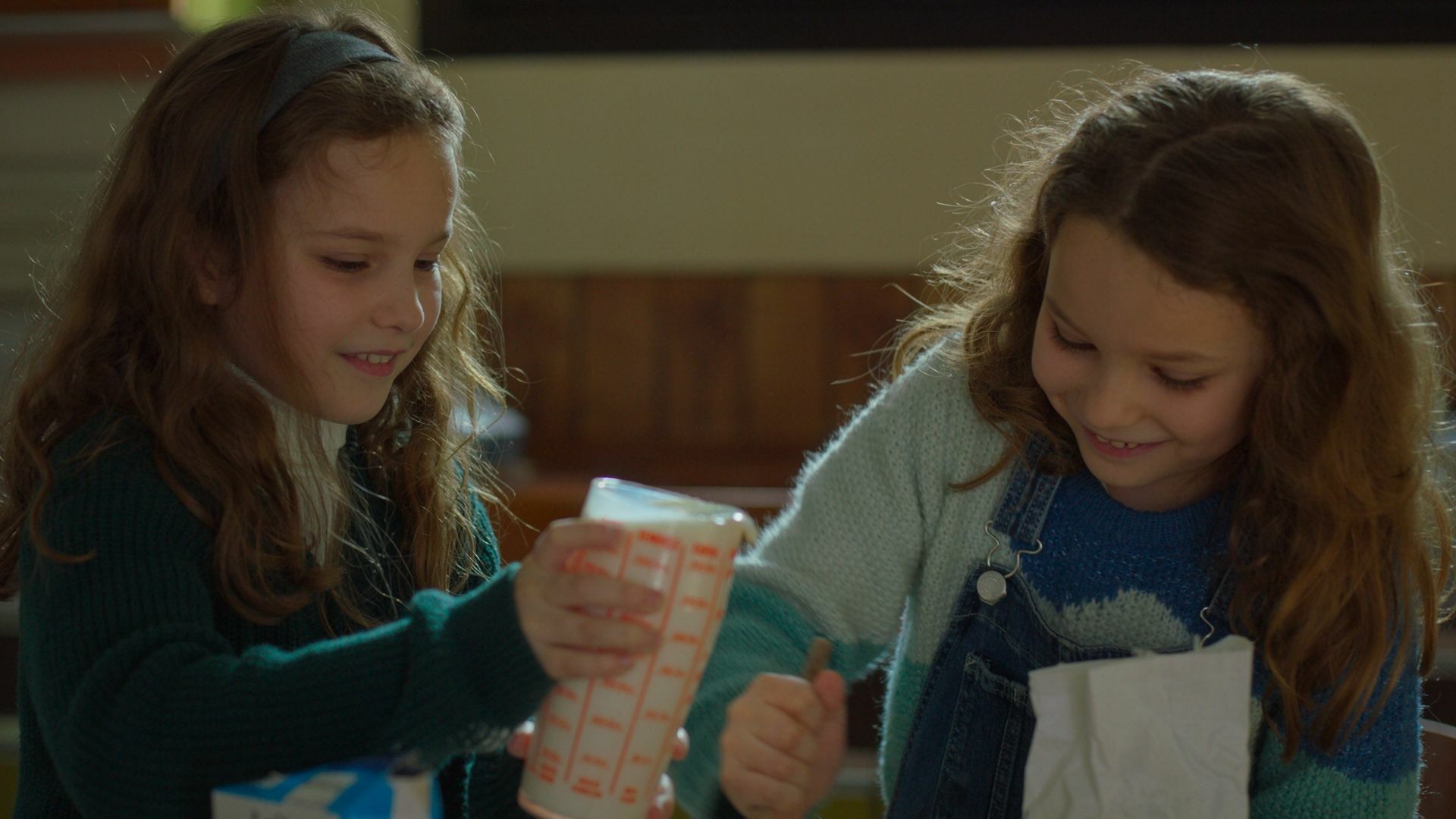 You know that heartbreaking moment when you realize your mother was once a kid just like you? Little mom dig into this tender time with a bit of time travel. The death of her maternal grandmother brings young Nelly (Joséphine Sanz) back to the house where her mother (Nina Meurisse) grew up. As her parents sort through memories and grapple with grief, Nelly accidentally wanders into her mother’s past, finding her as a child (Gabrielle Sanz) who enjoys building forest forts, playing on the lake, and baking pancakes. Through their playtime, Nelly gets a very mature insight into the pain her mother is feeling in the present. The gentle rhythm and comfortable silences do not plunge the audience into agony. Instead, Little mom lets us join in the fun and growing pains of two little girls eager to grow up.

Critics applauded the simple yet sublime drama crafted by Céline Sciamma, the acclaimed writer-director of the ravishing lesbian romance Portrait of a lady on fire. Painted in soothing shades of blue, green and yellow, Little mom is a visual lullaby, its song sung by two child actresses who refuse the sickening precocity of American feel-good movies. Instead, they are thoughtful, sometimes laughing, but always convincing. After watching this one, you’ll definitely want to call your mom.

How to watch: Little mom is now in theaters.

If Mother’s Day isn’t a reason to celebrate: Hatching 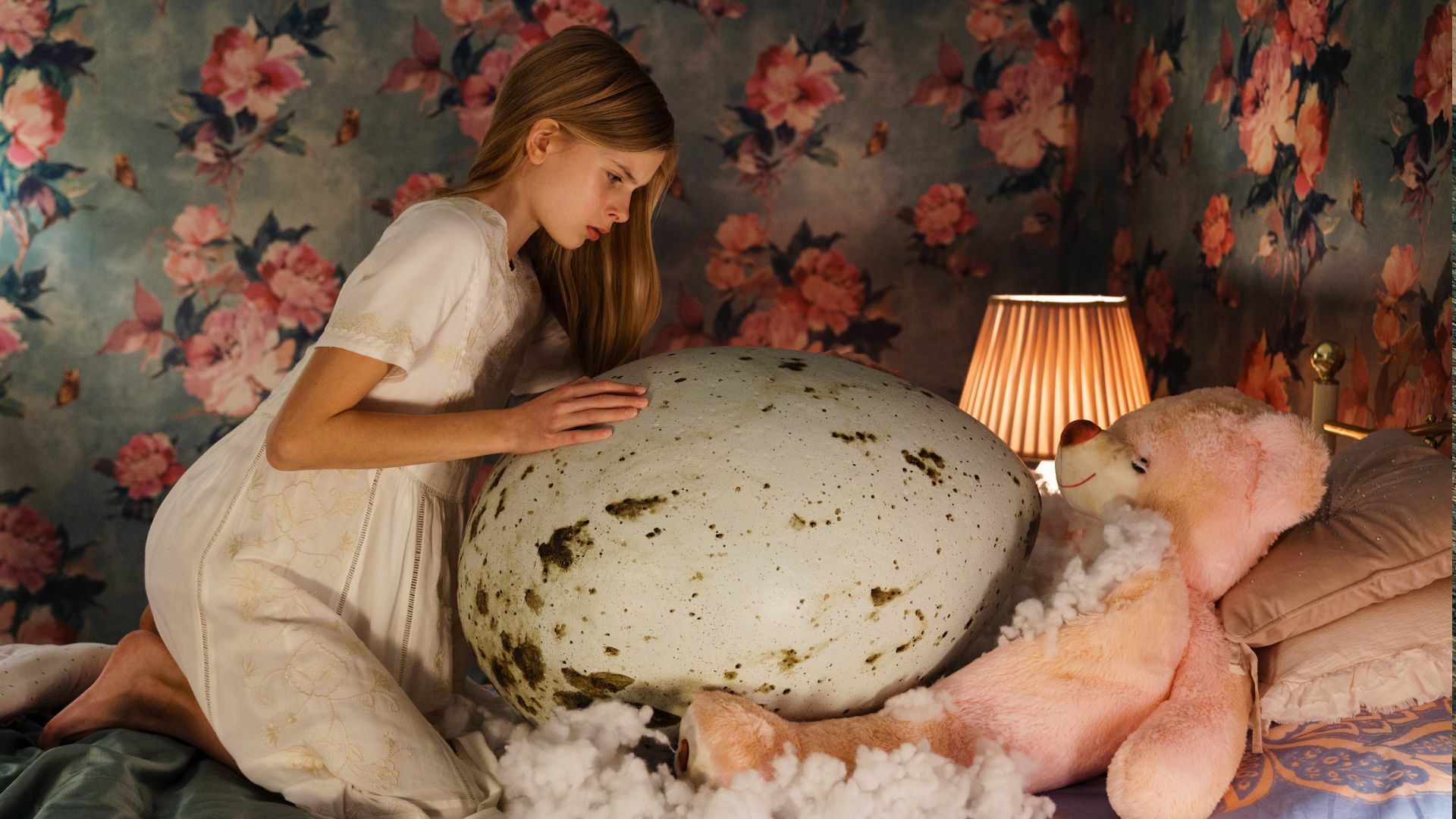 This weird indie was one of our favorites at Sundance. Director Hanna Bergholm spins a chilling fairy tale about a perfect family destroyed by a mother’s relentless pressure. This mom blogger influencer’s home is precisely decorated in delicate details and pink pastels. His children are orderly and industrious. But when teenage gymnast Tinja (Siiri Solalinna) stumbles, her mother’s attention becomes a curse. Unexpectedly, the young girl finds solace by nurturing an abandoned egg, which grows to the size of a suitcase before giving birth to a creepy creature. Despite its ugliness and the mess it makes, this creature becomes a child for Tinja. But as they grow closer, his love for her leads to acts of protective violence. Nature versus nurture comes into play as Tinja, her mother and her newborn baby embark on a tale of deception, body horror and mother-daughter destruction.

This Finnish film is not for the faint-hearted. But if you cherish the cunningly unnerving, you’ll want to see what comes from this good egg of a horror story.

How to watch: Hatching is now in theaters.

If your relationship with your mother is complicated: The man from the north 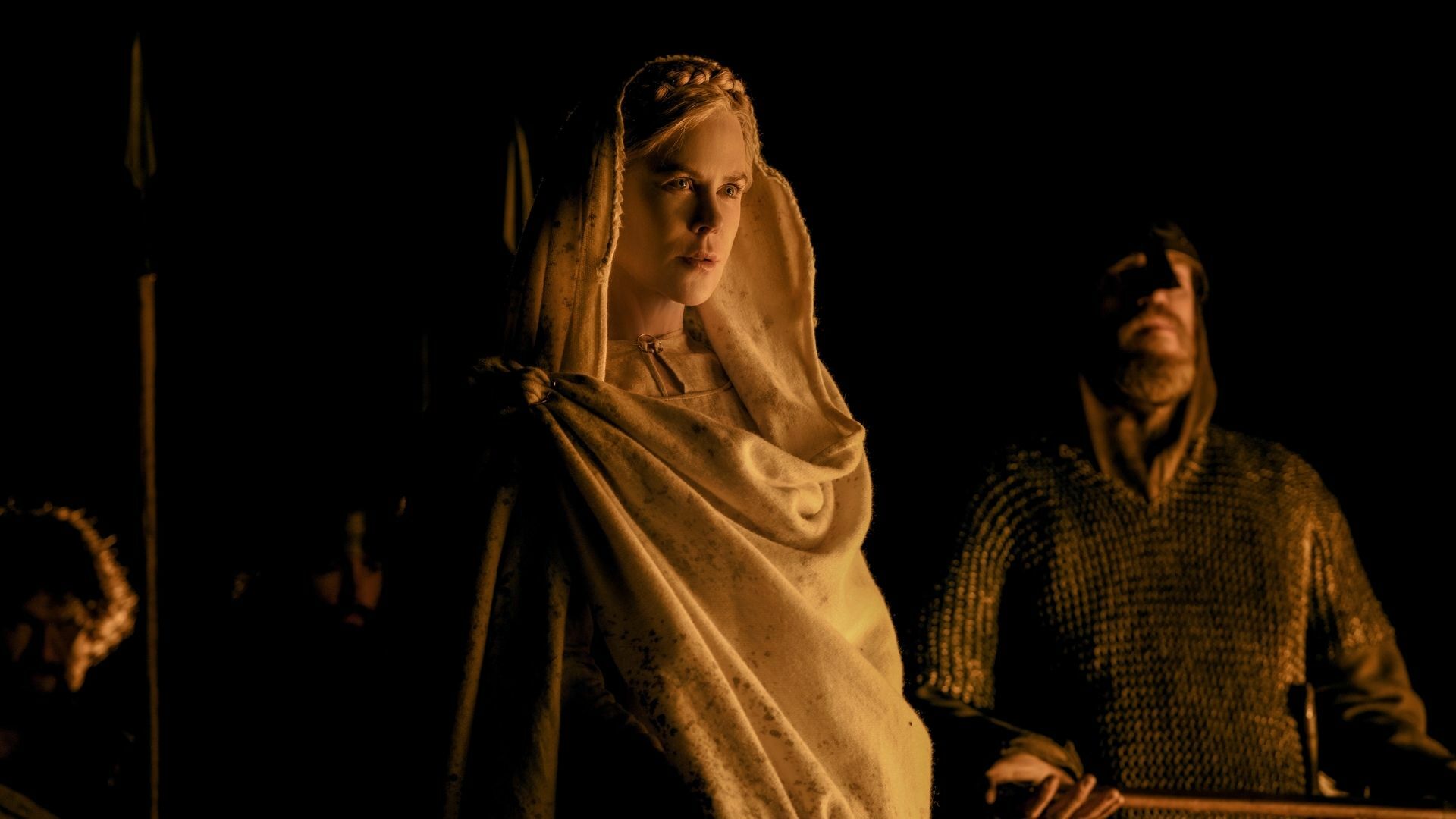 Of course, only a few years ago Nicole Kidman played Alexander Skarsgård’s wife in big little lies. Yet now she plays her mother in The man from the north. And before you complain about sexism in Hollywood (I mean, you’re not Wrong), know that Robert Eggers’ film adaptation of the 10th-century Viking legend is aware of how unsettling this memory could be for Kidman fans. This is part of his twisted point.

Kidman plays that mother-first role when her prince Amleth is just a boy, farting with his dad (Ethan Hawke) and preparing to lead his people as a conquering warlord. After the king’s brother (Claes Bang) steps in for a fratricide/regicide, young Amleth flees as his mother is dragged to the usurper. Years later, he’s grown up, burly, played by Skarsgård, and eager to return to his homeland to avenge his father, murder his uncle, and save the mother he idolized. But these mother-son reunions are less warm and more bloody.

How to watch: The man from the north is now in theaters.

If you fear becoming your mother: Ouma 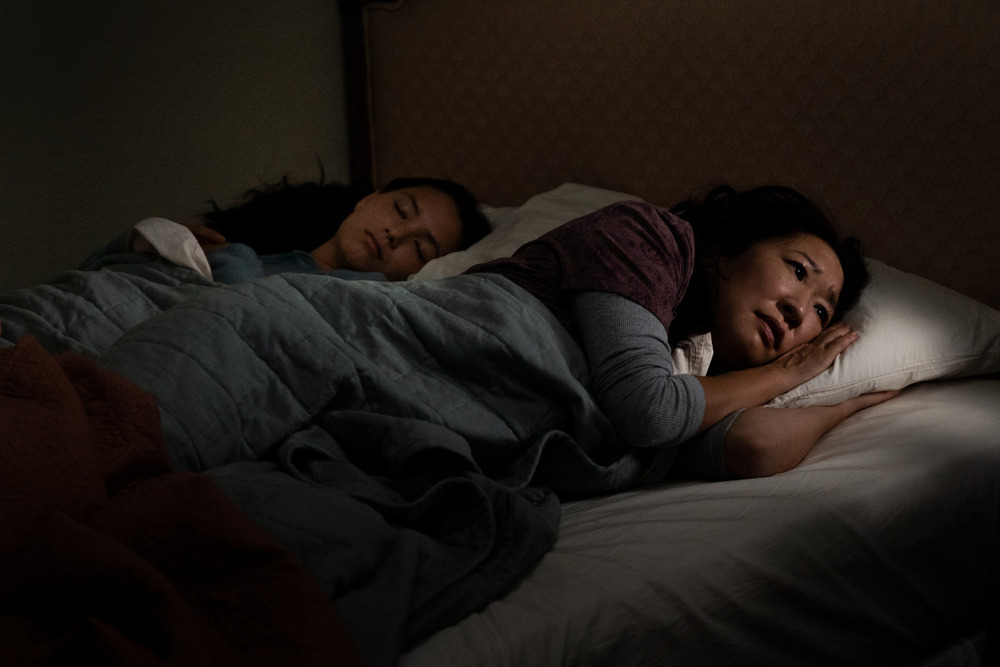 Funny enough, this is another recent release starring Sandra Oh as the mother of a girl who wants to go it alone. In Ouma, Oh stars as Amanda, a Korean-American beekeeper, who lives off-grid with her teenage daughter/best friend Chris (Fivel Stewart). Their life is quiet, sweet as honey. That’s until Chris starts talking about going to college. Then, to make matters worse, an unexpected visitor arrives with the news that Amanda’s umma has passed away and left her a dubious suitcase of keepsakes. Now Amanda is haunted by the past she had tried to escape. Strange and frightening visions torment her. As her daughter grows and moves away from her, Amanda must confront her feelings for her own mother and her greatest fear: becoming like her.

How to watch: Ouma is now available on VOD.

If you just want to relax and laugh: The lost city 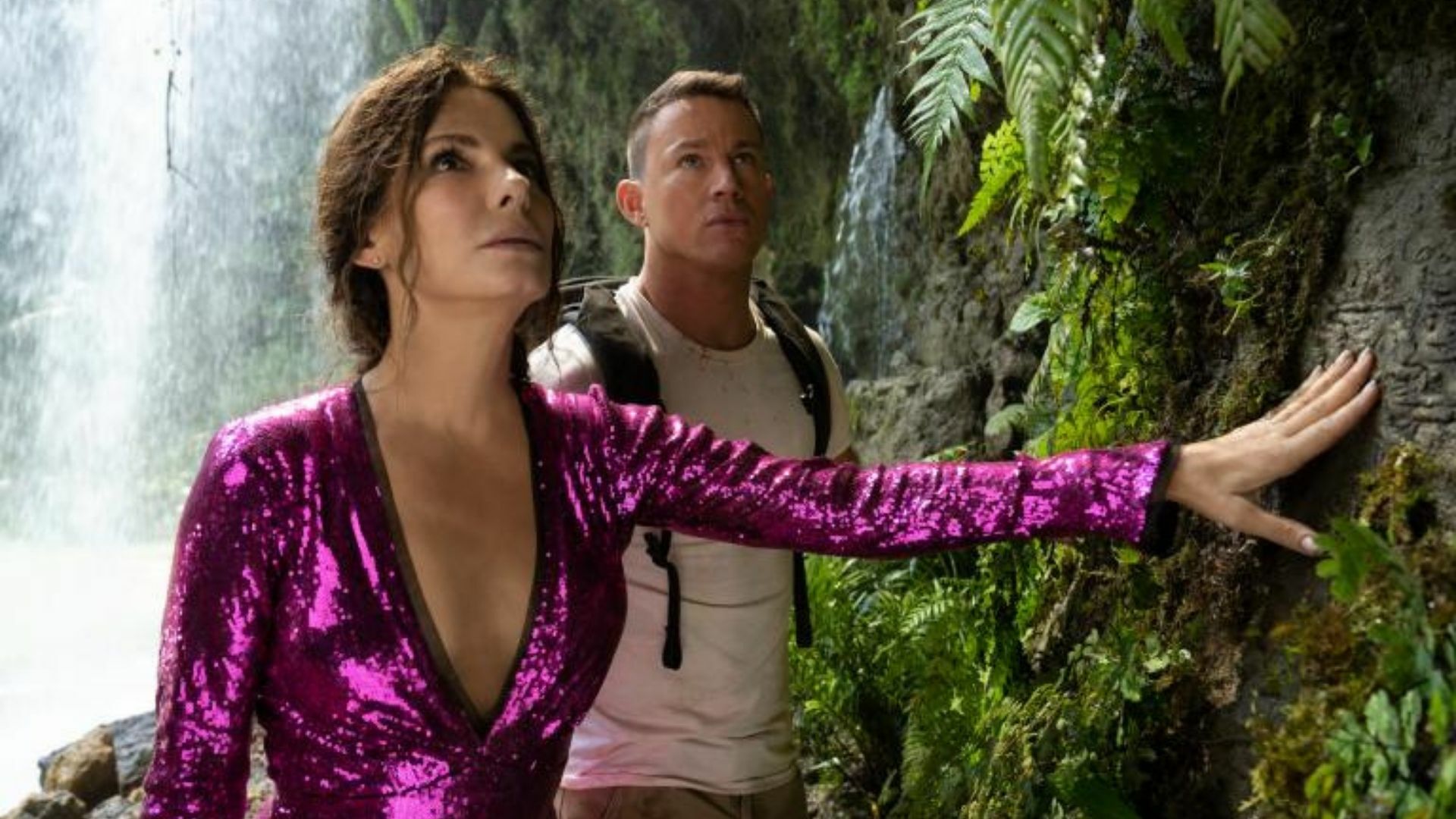 Motherhood is not a theme in this action comedy. But made in the footsteps of Romanticize the stone, The lost city is guaranteed to give any mom an enchanting getaway. Sandra Bullock stars as a romance novelist who is sick of making publicity appearances with her bodice ripper cover model. But Alan (Channing Tatum) is more than a pair of puffy kisses and a pretty face! When kidnapped by a tyrannical billionaire (Daniel Radcliffe) – in search of an ancient artifact – Alan delves into unknown jungles to be the hero he posed as all of his books.

Filled with affable stars, playful jokes and comedic action, and interwoven with a vigorous (but PG-13) love story, The lost city is the kind of movie mom might enjoy with popcorn and a glass of wine. So maybe sneak it in a bottle.

How to watch: The lost city is now in theaters.