Sony Pictures’ Ghostbusters: the afterlife and Paramount Network’s “Yellowstone” were the top movies and TV shows aired in the United States for the week ended Jan. 9, according to new data from JustWatch. The content recommendation website tracks the monthly streaming decisions of over 20 million users in 54 countries.

Life after death, which grossed over $ 191 million at the global box office, including $ 125 million in North America, was made available on digital retail platforms, i.e. premium VOD , January 4.

Among episodic programming, the Montana-based drama “Yellowstone” once again led all shows. Indeed, the series, which is in its fourth season, beat Showtime OTT’s “Yellowjackets”, followed by the original Disney + series, “The Book of Boba Fett. 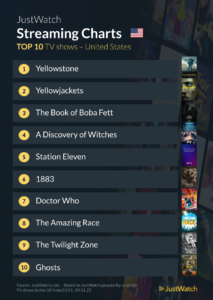 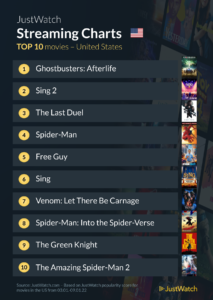