Most, if not all, movie buffs have seen Steven Spielberg’s ’90s adventure film Jurassic Park. Based on the novel of the same name by Michael Crichton, it tells the story of a gang of scientists fighting escaped dinosaurs. On paper, there’s no denying that this concept sounds like a classic horror movie, but there’s long been a heated debate about Jurassic Park’s specific genre.

Let’s be honest, horror isn’t exactly the first thing that comes to mind when you think of this movie. Many, myself included, remember this film as a childhood staple, a family adventure that inspires thrills and wonder above all else. But with its creepy central storyline and chase scenes involving giant monsters, we have to examine why Jurassic Park is often mistaken for a horror movie. And, more importantly, analyze why, despite all the killer raptors, it’s just not that scary.

The Encyclopedia Britannica offers a pretty solid definition of what defines a horror film, calling them “a film designed to cause intense repugnance, fear or terror”. He then gives examples of common subjects in horror, such as ghouls, supernatural elements, monsters, animals, and psychological manifestations. These topics often overlap and show up in other films, making horror one of the most flexible genres and also one of the most misunderstood in existence.

Just because something has horror elements in it doesn’t mean it’s a horror movie. Having a story that is a “calculated” attempt to strike terror is different from films that use spooky elements to enhance a singular climactic moment or adhere to whatever supernatural/sci-fi theme they may contain.

For example, while Ghostbusters has ghosts, armageddon, and other horror calling cards in its output, there’s no arguing that it’s primarily a comedy movie.

Jurassic Park often suffers from the same miscategorization. It may feature “monsters” in the form of dinosaurs, and it may have three tense sequences – the opening scene, the T-Rex with the Ford Explorer car moment, and the raptor in the kitchen – but at the end of the day, there’s a reason why IMDb doesn’t list horror in the list of movie genres. It simply contains certain characteristics instead of carrying the full weight of this definition itself.

As many spooky aficionados know, horror is a genre that relies on tone. He uses the topics listed above in such a way that creating an atmosphere of the unknown is always front and center. Horror terrifies us all by confronting us with unrecognizable situations, antagonists we are powerless against, and (most importantly) keeping us perpetually on the edge of our seats.

It’s this distinction of constant tension of the unknown (better known as dread) that differentiates horror movies from the typical feelings of peril that can be found in other genres, such as getting in the dark. Take cover in a shootout in a thriller, run from a tsunami in a disaster movie, or race to disarm a bomb in an action movie.

A good way to discuss why Jurassic Park’s feelings of peril because of the dinosaurs lean more toward a “man-made disaster movie” instead of the feelings of dread seen in a horror movie is to compare to Spielberg’s Jaws, which is arguably more aligned with the horror genre itself.

In Jaws, a killer shark hunts the waters of the New England resort town of Amity Island. As in Jurassic Park, humans must unite against the creature to survive. Both films feature stalking, “monsters”, death and struggle – however, only one elicits feelings of dread while the other is unmistakably concerned with propelling feelings of excitement.

In Jaws, you don’t really see the killer shark until near the end of the movie. It’s an unknown and ominous creature, like the monster in Ridley Scott’s sci-fi movie Alien, that only strikes when the characters least expect it. The whole movie is about when will the shark strike next, who will it kill, and will they be able to stop it before it’s too late. 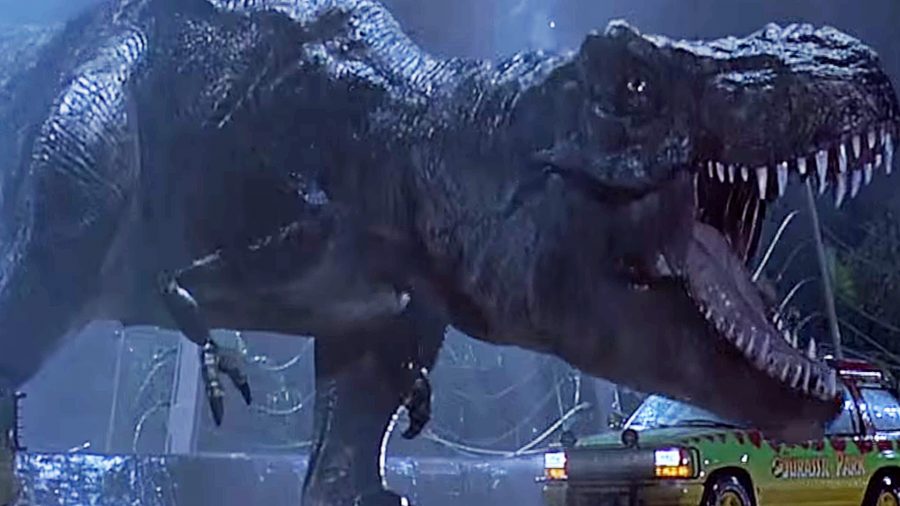 Jurassic Park, on the other hand, introduces us to dinosaurs from the start, making us as viewers accept them as reality and letting us know just how dangerous they are. However, as the upbeat music rises, the film also tells us to be in awe of “monsters” instead of fearing them.

We also don’t see the dinosaurs emerge from their cages until a good half of the movie, which previously aimed to capture our imaginations and feelings of wonder with all the giant prehistoric animatronics.

A trip of a lifetime: The best family movies

With that in mind, the dinosaurs lose the mysticism that monsters typically create in classic horror movies, and the few “horror scenes” in Jurassic Park – like the iconic moment with the raptor in the kitchen – look more like a case of ‘pure peril’ instead of terror.

Jurassic Park is more concerned with damage control and direct survival. There aren’t really prolonged feelings of a game of cat and mouse or the fear of creatures revealing themselves from the shadows. 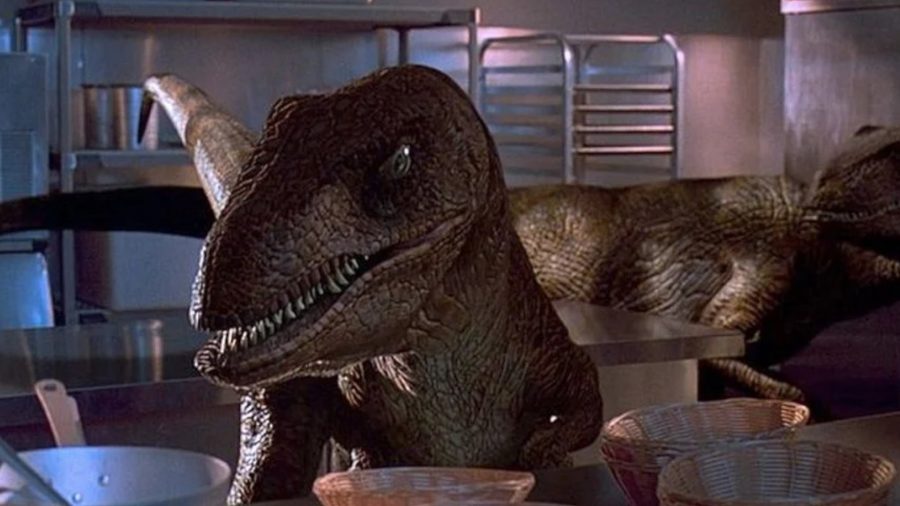 Now you might be scratching your head wondering if I completely forgot the raptor scenes because of my statement. If anything comes close to horror in this movie, it’s the scenes with these creatures. Like any predator, they hunt the group and tend to leave fresh members lying around.

It’s easy to confuse these reptiles with near-slasher villains like Freddy Krueger or Michael Myers, but again, they’re not on the same level due to the movie’s setup.

Slashers! How to Watch Halloween Movies in Order

As I said at the start of this argument, a few climactic moments don’t make a horror movie, especially when those climactic moments are only a few minutes in a two-hour movie. We’re also not really afraid of the raptors themselves because we know exactly what they are and how, in theory, we can stop them.

At the beginning of Jurassic Park, we saw the raptors being born and have a context for them. They’re not unfamiliar, unlike the panic caused by a mysterious zombie outbreak, or the unpredictable nature of a mystical killer, it’s easy to compartmentalize these dinos and prove them right. And as we all know, once you learn all the facts about what lurks in the shadows, the thing that can bump into the night becomes a whole lot less terrifying. 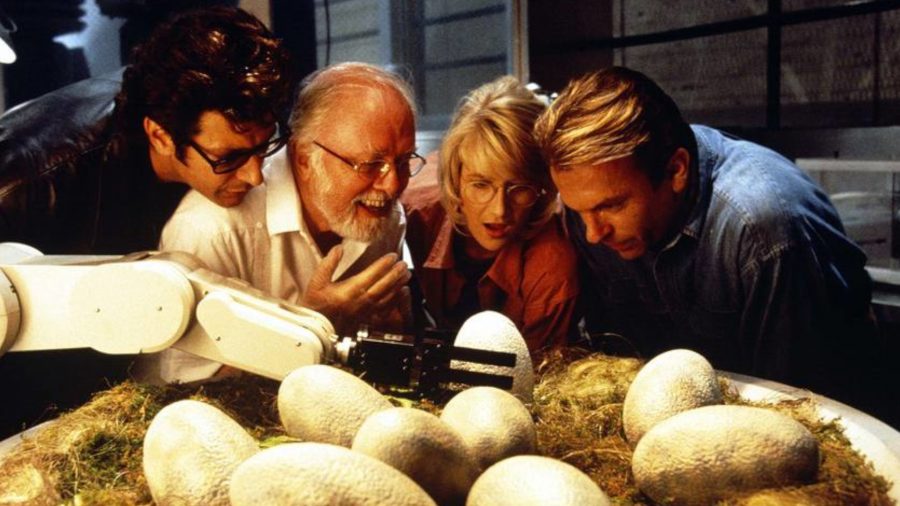 So, in short, as the characters run for their lives, they don’t feel like they’re running from the monstrous killer shark of Jaws, or the deadly Xenomorph of Alien, or Leatherface of the Texas Chain Saw Massacre. Instead, Jurassic Park almost feels like a disaster movie like The Day After Tomorrow.

In The Day After Tomorrow, we also see characters fleeing from a frightening threat: various superstorms. Their situation is scary, but it doesn’t scare us like a horror movie would. His tone is meant to excite viewers, get our blood pumping, instead of making us genuinely unstable and scared of his subject matter – the catastrophic storm.

Likewise, in Jurassic Park, the dinosaurs are not presented as terrifying creatures but rather as unstoppable forces of nature. In this way, they are as scary as the hurricanes of Day After Tomorrow. Now some may find the storms and the dinosaurs terrifying, and yes there’s a universal sense of danger with both of these subjects, but there’s also a lack of dread and grim anticipation in these films that we get from the antagonists horror movies.

In this way, Jurassic Park is not, as Britannica puts it, a “calculated” attempt to strike terror, but rather an attempt to get your adrenaline pumping, like any good action movie would, with his dinosaurs. If you’re still not convinced, the final point that really hammers home Jurassic Park’s true genre status is its John Williams theme song. 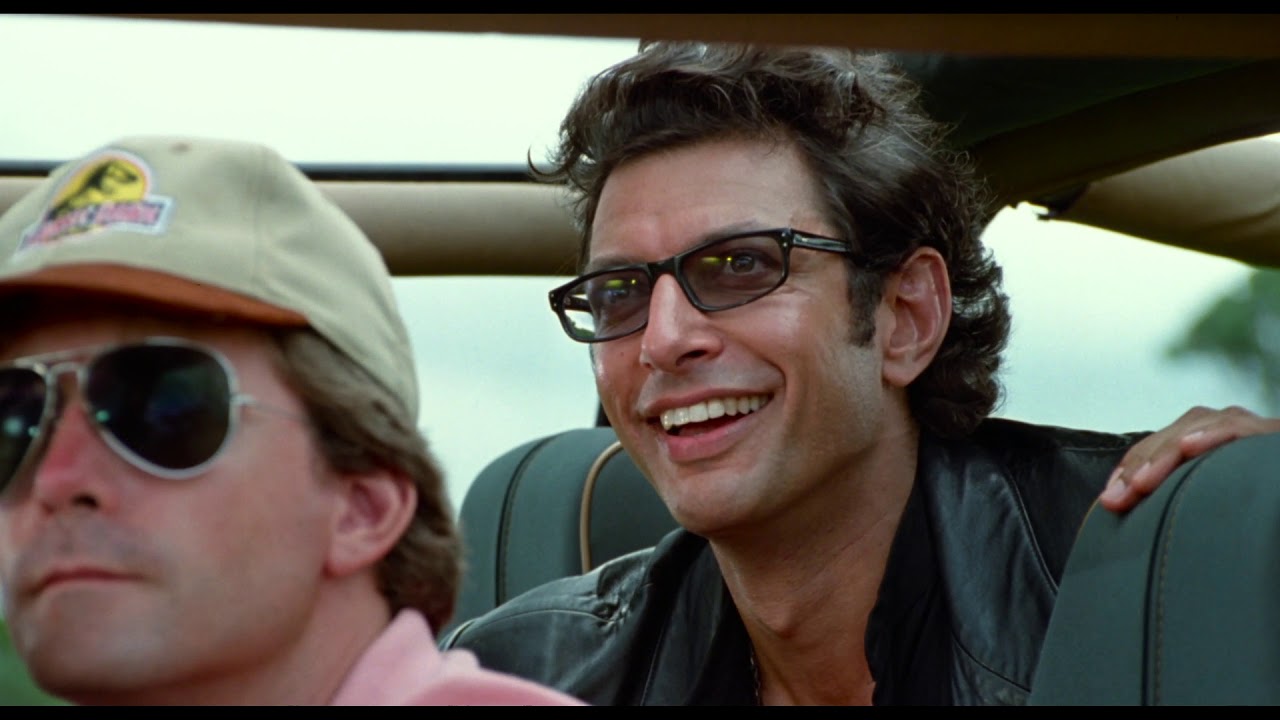 Again, compared to Williams’ Jaws theme, which is arguably the very definition of terror, Jurassic Park is upbeat and thrilling. In one of the film’s closing scenes, when the raptor cornered the crew, we see a giant T-Rex swoop down to eat the raptor while ignoring the humans – essentially saving their lives.

During this moment, the giant’s teeth or his creepy presence aren’t emphasized like they would be in any monster movie (kaiju or otherwise). Instead, the “do do doo do doo” music ramps up, making the audience want to say “wow” instead of screaming in terror.

So if you couldn’t already say that in the big ‘is Jurassic Park all about horror movie’ debate, my answer is a firm ‘no’. Horror is a deeper genre than many realize and one that’s unfairly slapped on the name of many movies that may just make you sweat a little or feature a tiny amount of blood and gore.

Yes, what people find scary is subjective, and many of our readers may be absolutely terrified of dinosaurs, but the fact is that Jurassic Park never goes out of its way to make that scare really happen.

In my mind, Jurassic Park is without a doubt one of the best action-adventure movies of all time, and it doesn’t need to be considered anything else.