Perhaps most notably, an old Gardiner Freeway off-ramp was recently demolished to make way for a city park. But that’s not the only lost outing in Toronto, and there’s another lurking in plain sight in North York.

The Don Valley Parkway (DVP) was built in three phases between 1958 and 1966, moving from south to north through expanding suburbs. Its final section, from Lawrence Avenue to Sheppard Avenue, opened in 1966 and included a partial cloverleaf at York Mills Road with a trio of on and off ramps.

This north-west on-ramp from York Mills has proven problematic over the years with a much higher accident rate than the south-west and south-east ramps.

The ramp was closed to traffic in 2005, while a new berm was constructed along York Mills and a noise barrier added along the DVP, the two combining to effectively conceal the ramp from motorists.

Perhaps the most surprising thing about this visit was the complete lack of barriers or fencing beyond the berm. 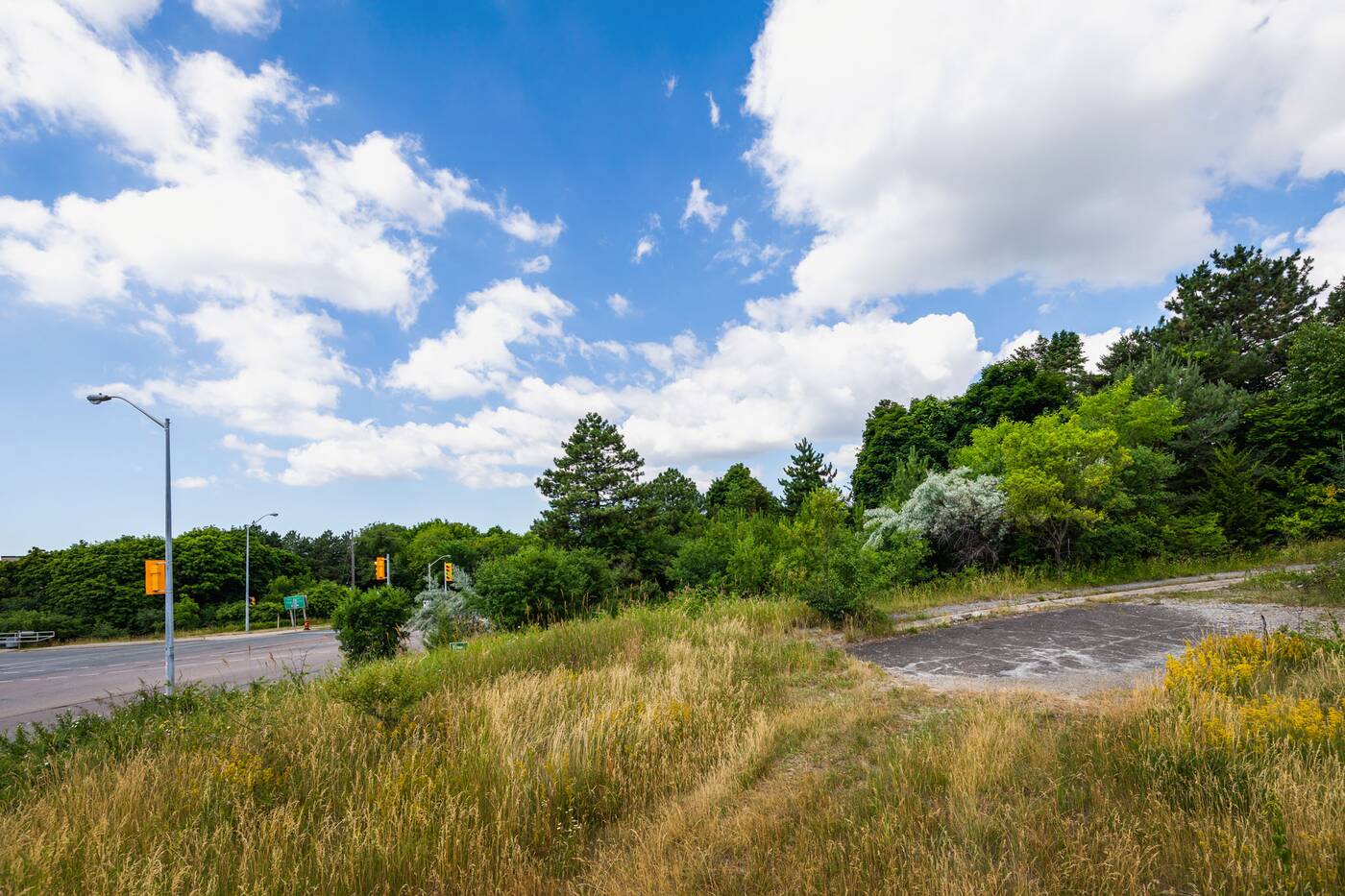 In a city where even public restrooms are inaccessible most of the time, it seemed almost certain that there would be at least some disincentives for the public to explore the ramp. But there were no such obstacles. This relic is free to explore for all. 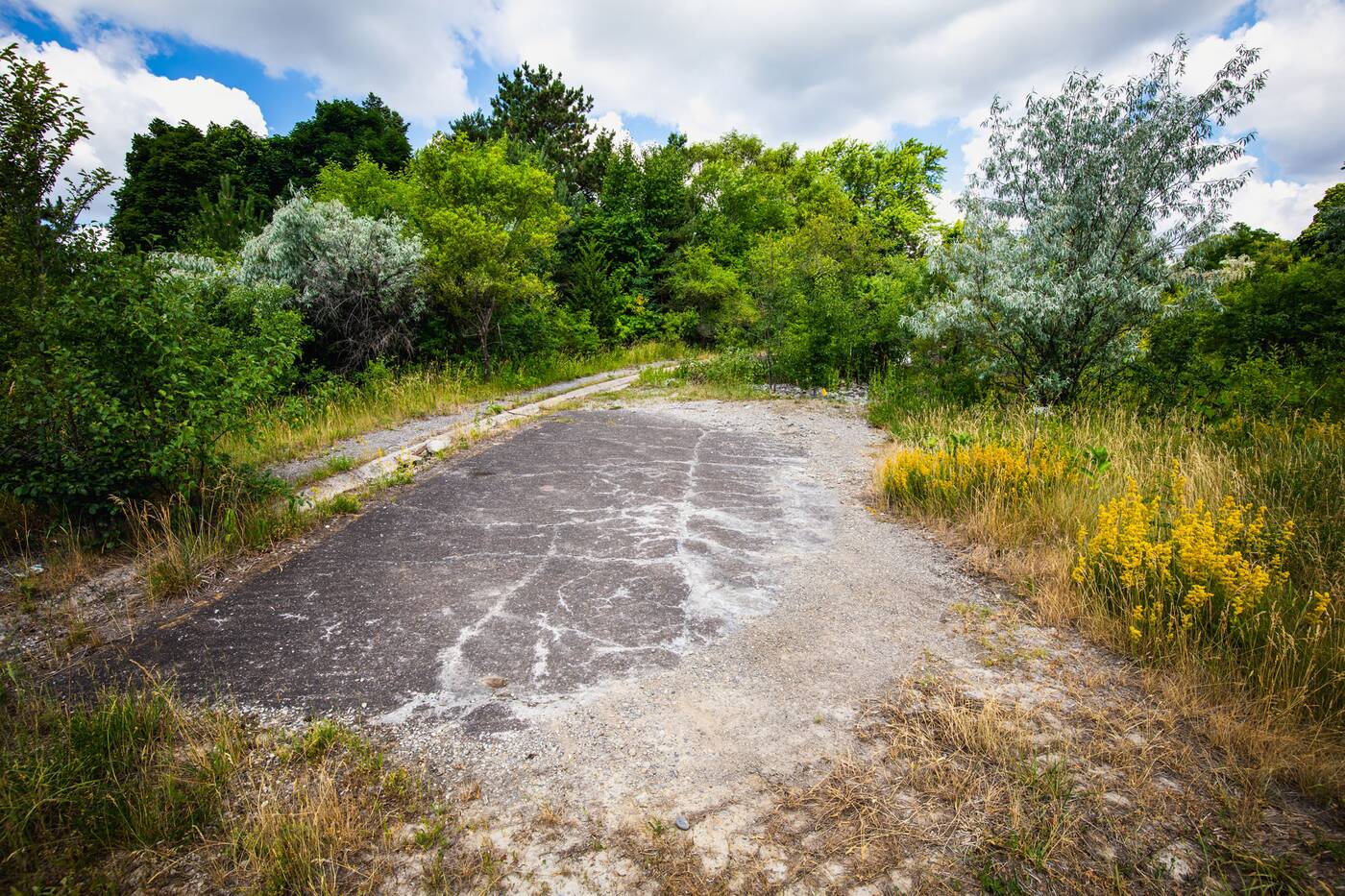 And with the disused infrastructure mostly hidden in plain sight, it looks like it’s been mostly left to the elements. Native plant life was added by the city after the ramp closed, and nature is gradually reclaiming the old outlet. 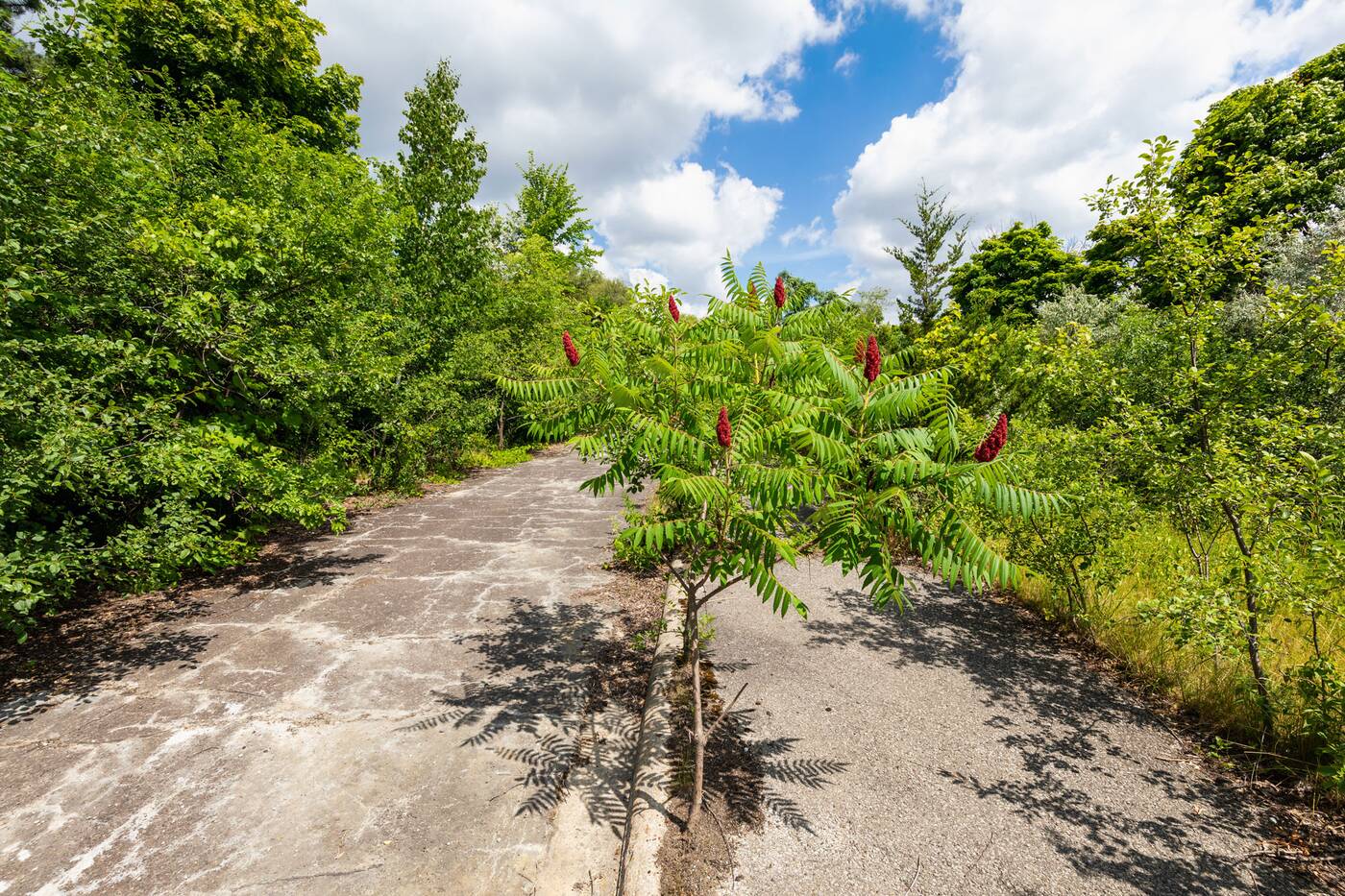 Plant growth grows through the surface of the cracked and broken asphalt road, and even trees take root in the long-forgotten curb of the ramp. 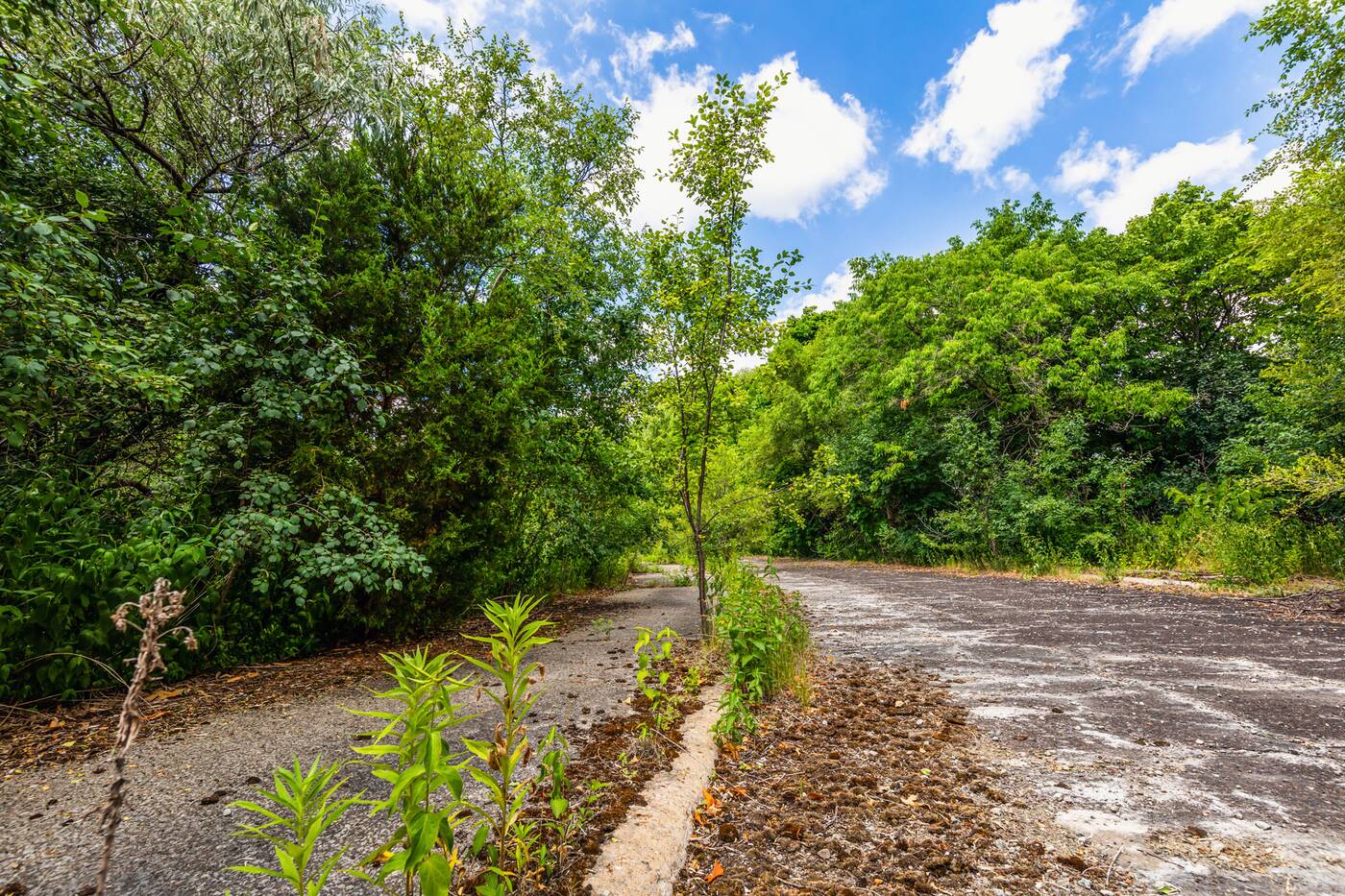 Old satellite images reveal that a loop of trees was the only plant life present in the ramp during its last years of operation, but after just 17 years of neglect, the space in the loop of the old ramp has transformed into a lush oasis that feels far removed from the busy highway a few feet away. 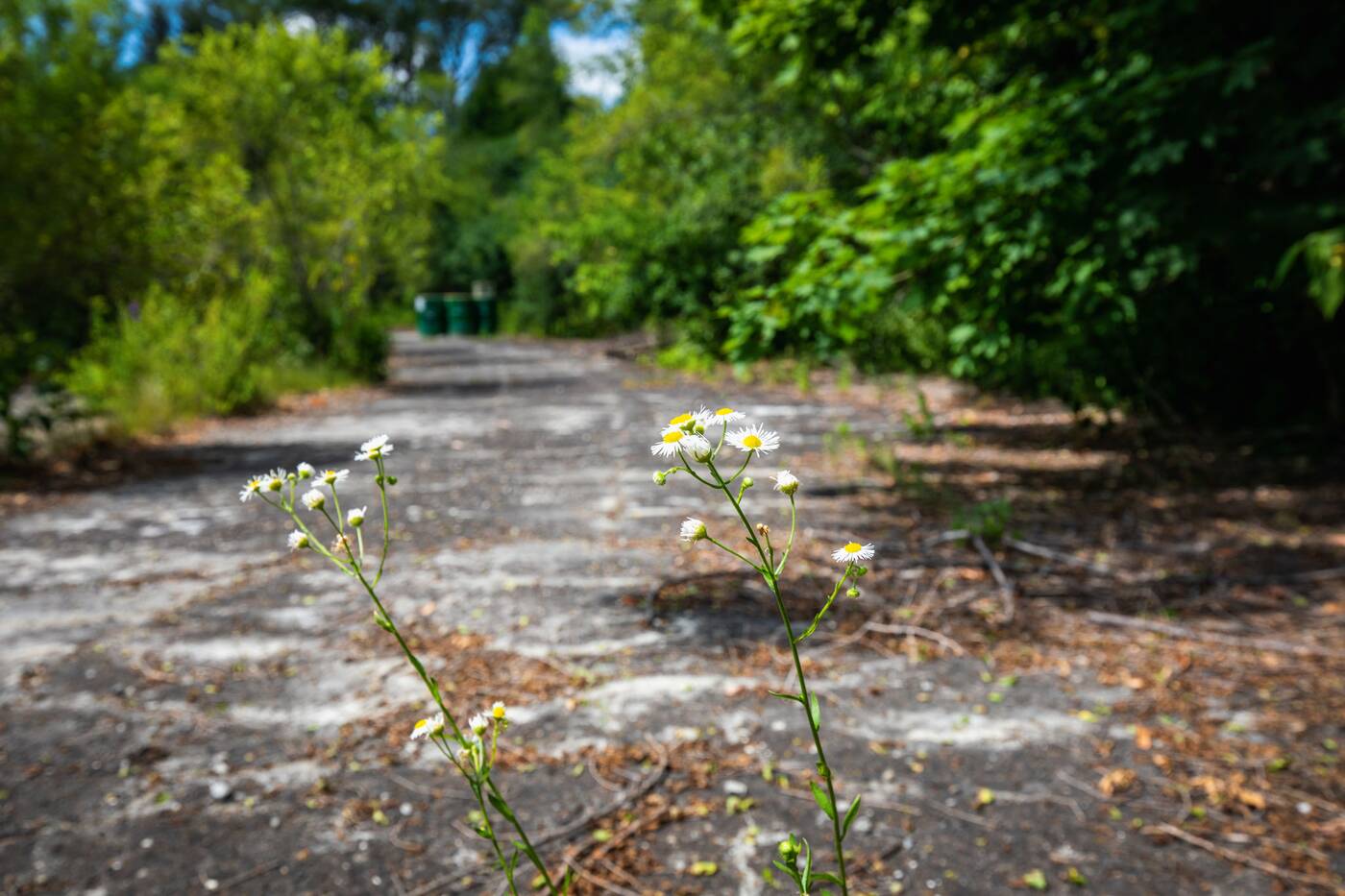 Its relative isolation seems to have given the old ramp a new purpose as a dumping ground, with rubbish and other discarded objects clustered along its route. 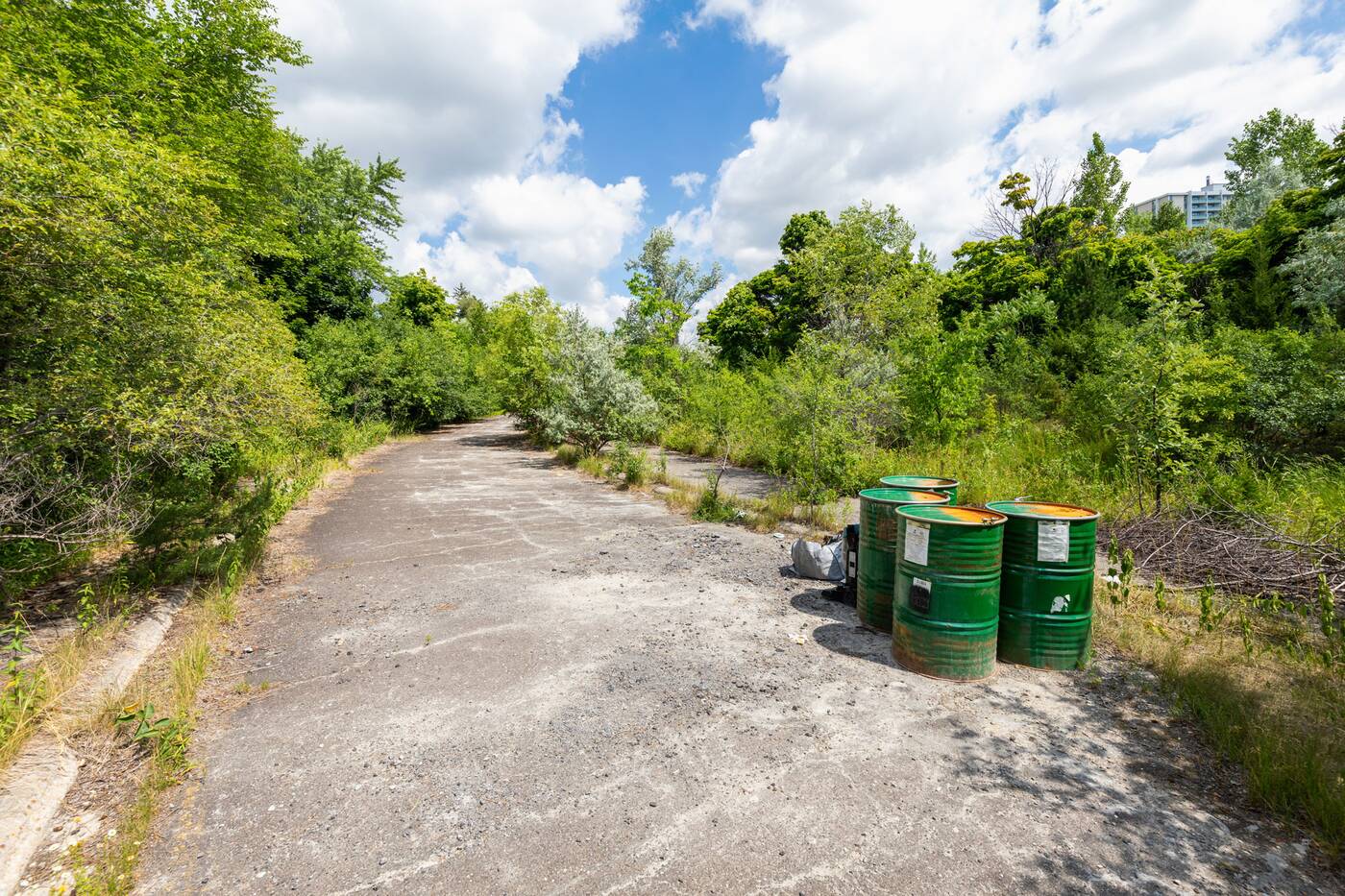 For some reason several drums of trash were placed along the ramp. 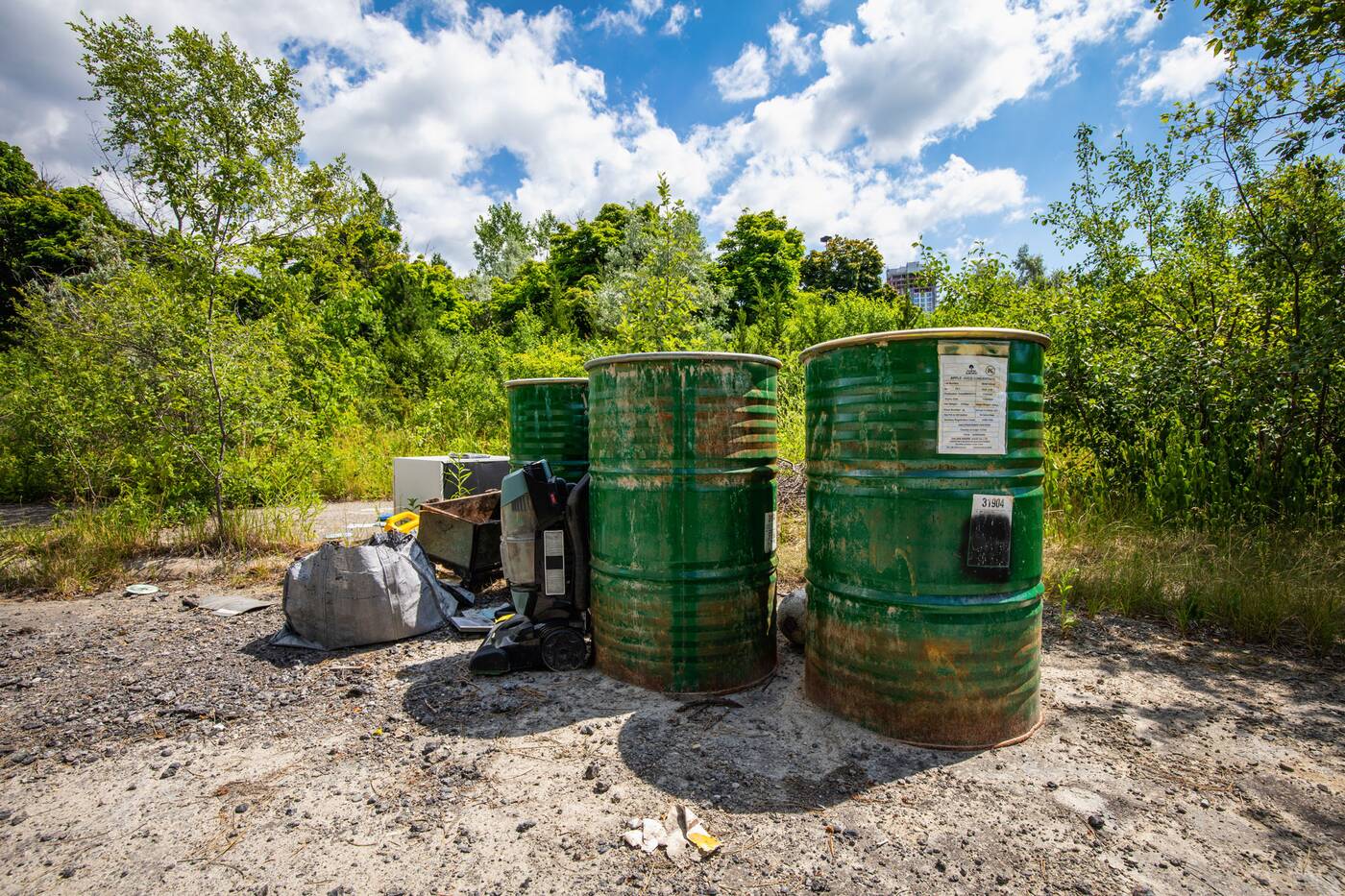 It looks like something dangerous at first glance, but they are actually labeled “apple juice concentrate” and apparently filled with sand and gravel. 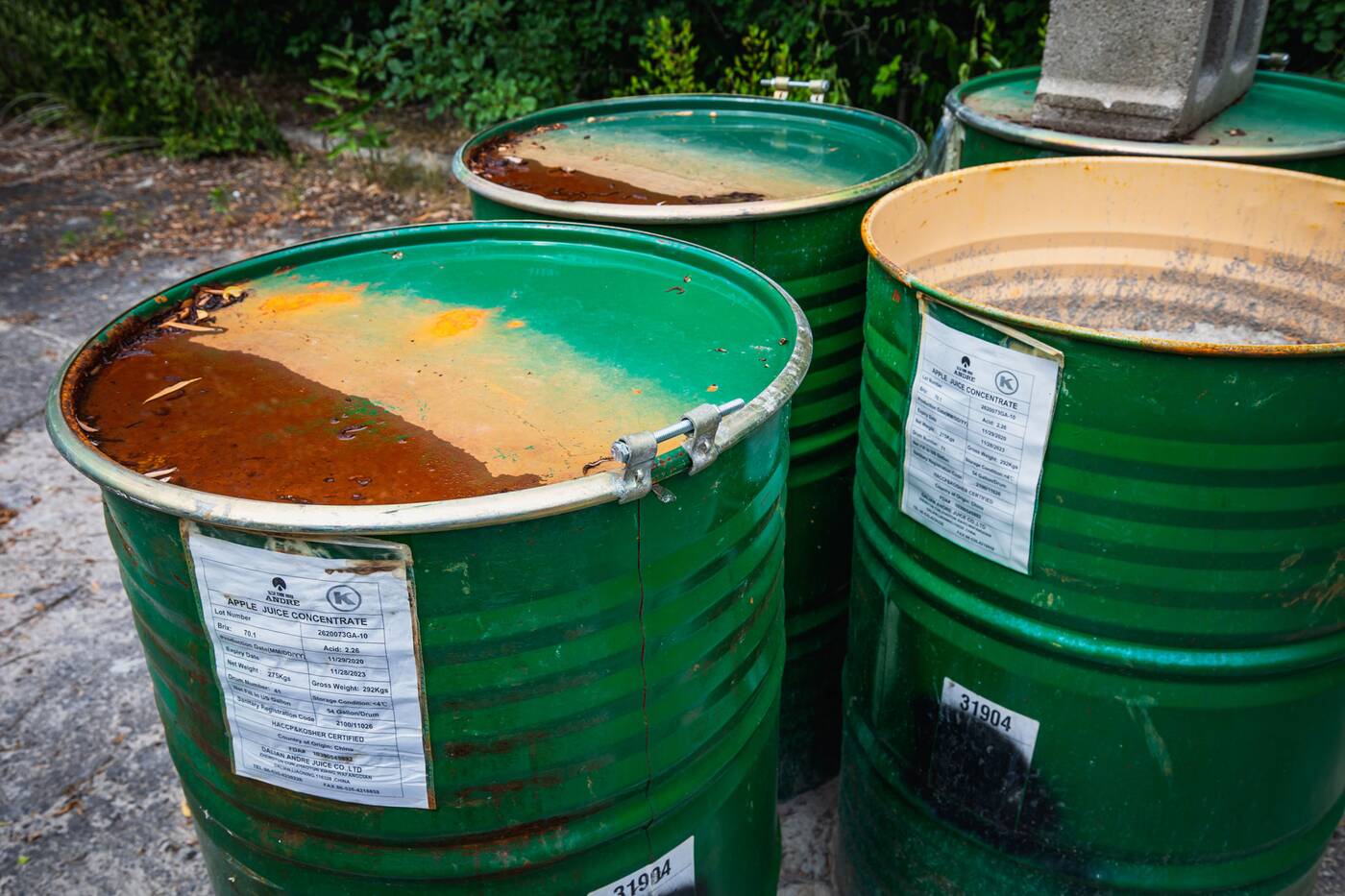 As you walk along the surface of the abandoned road, you will come across road signs such as fire hydrants, largely obscured by the dense brush. 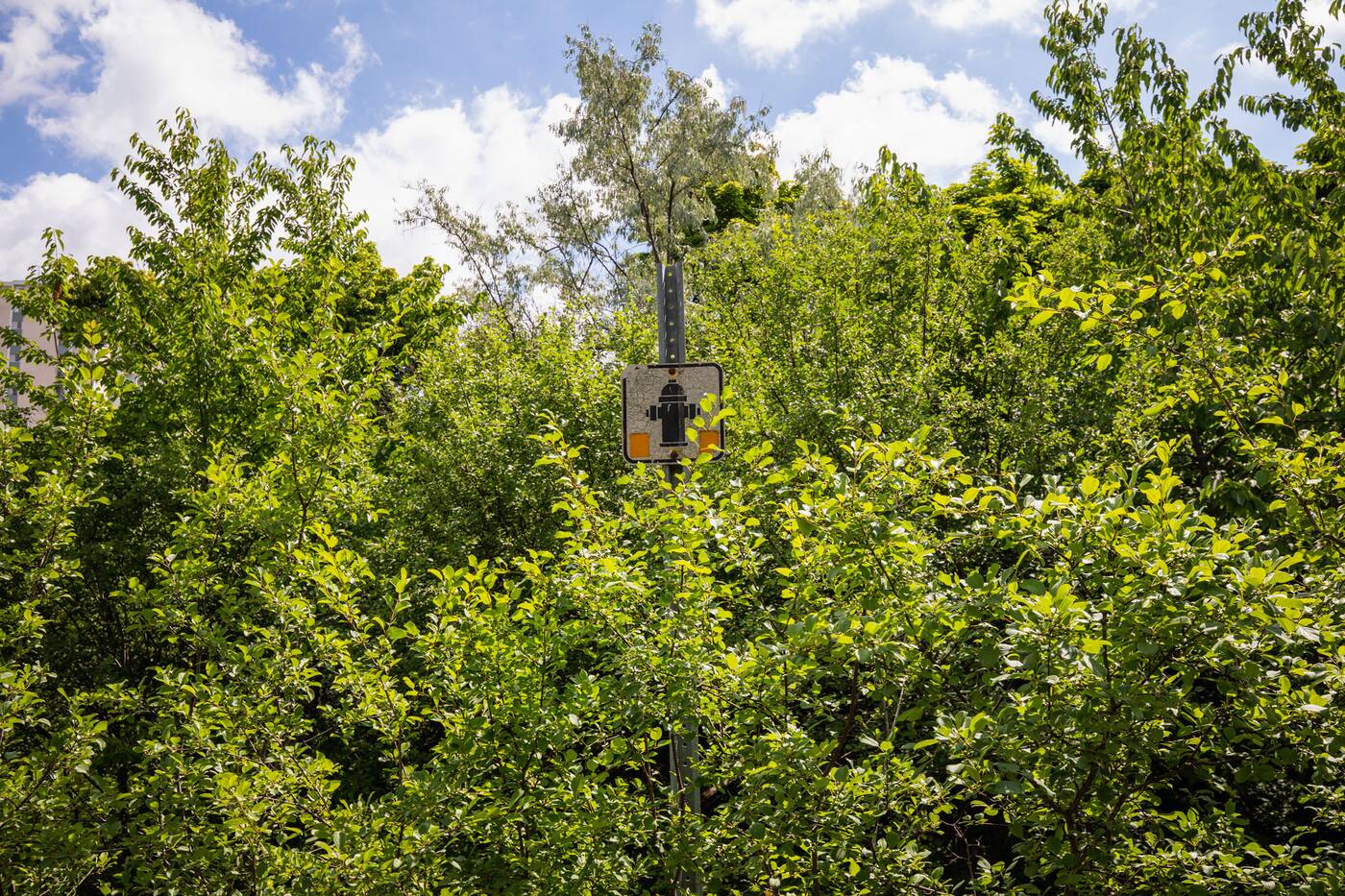 You can also spot the odd reflective yellow warning poles, which have not warned motorists of the ramp’s curved path since 2005. 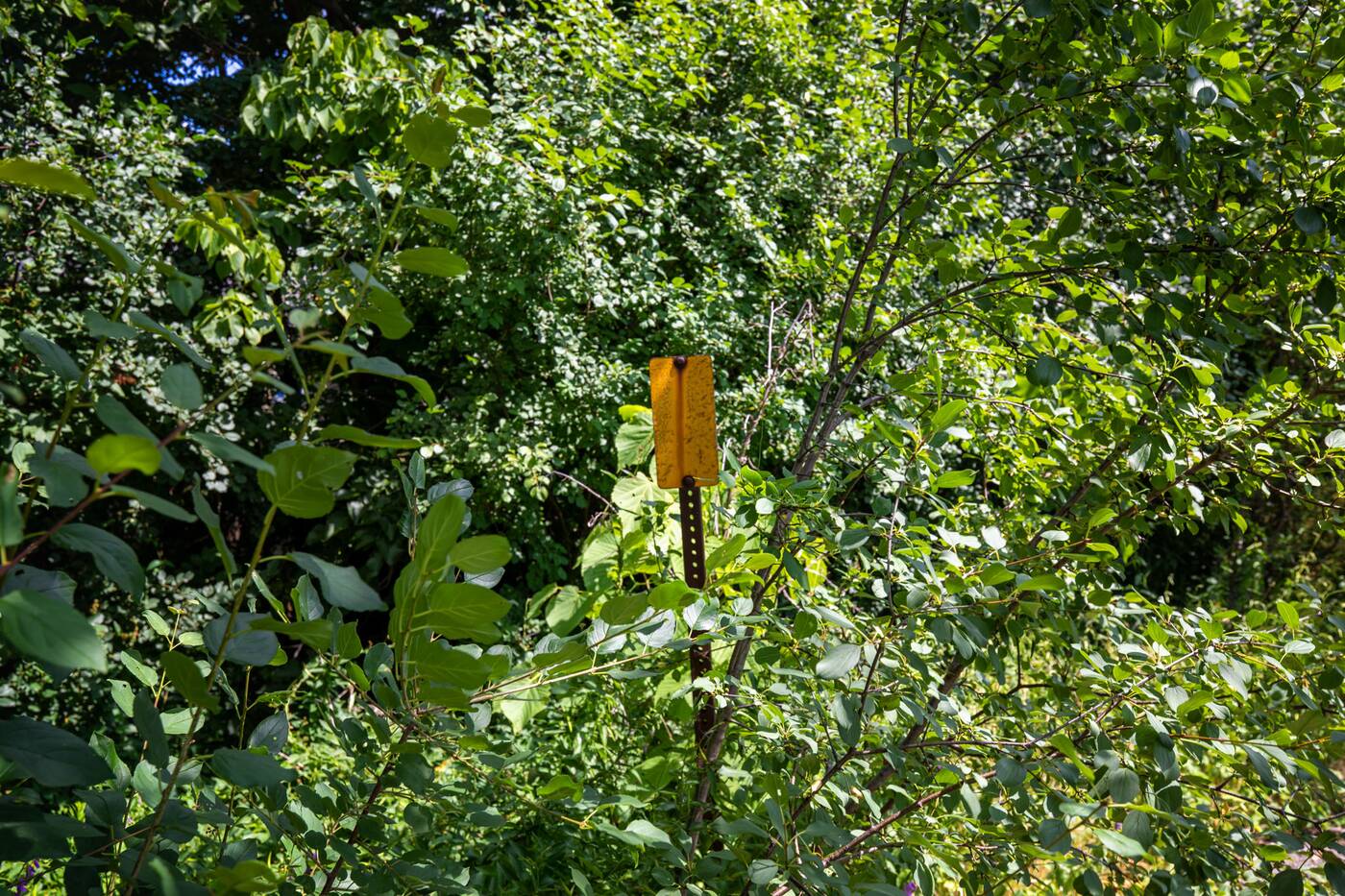 Faint streaks of yellow paint are still visible on the shoulder where the cars once passed, along with scattered flakes of broken paint. 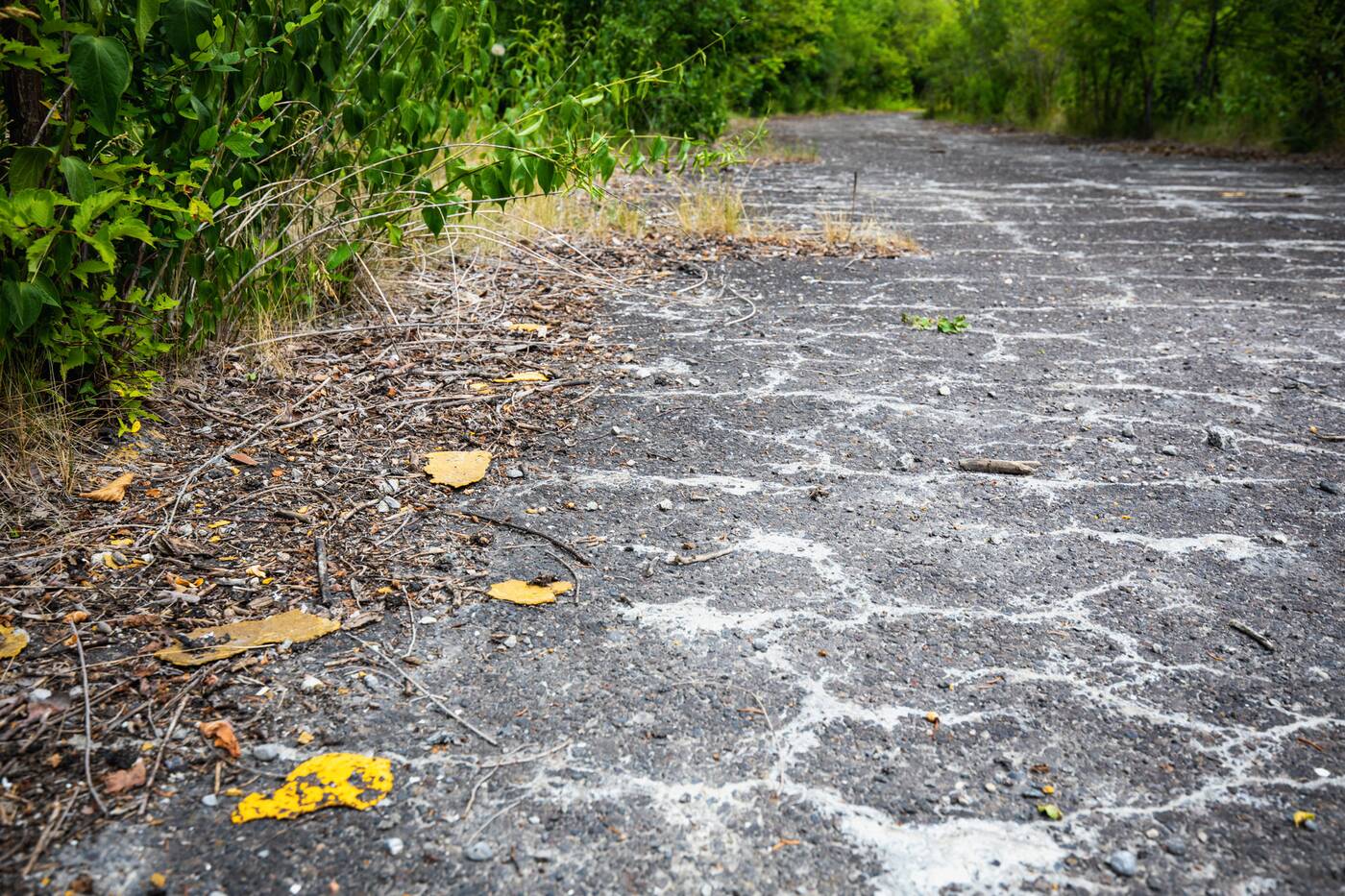 Here, not everything has been left to nature as a small section of the ramp has been torn out for apparent work on a gas pipeline, the buried pipeline marked with yellow flags and covered with rocks. 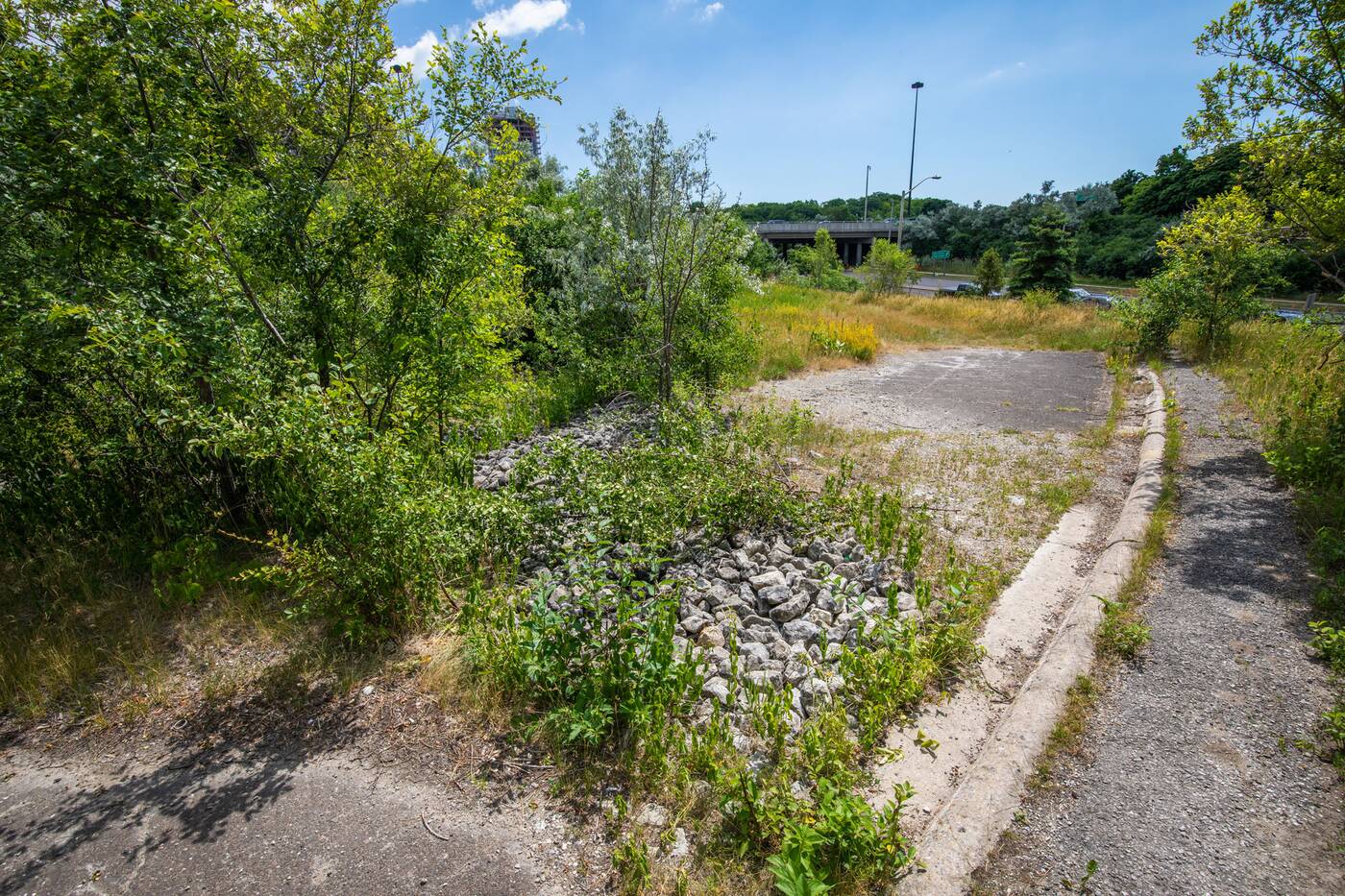 A noise barrier now cuts the way to the old ramp where it connected to the DVP all those years ago, cutting through its last few meters of cracked and broken pavement connecting to the freeway. 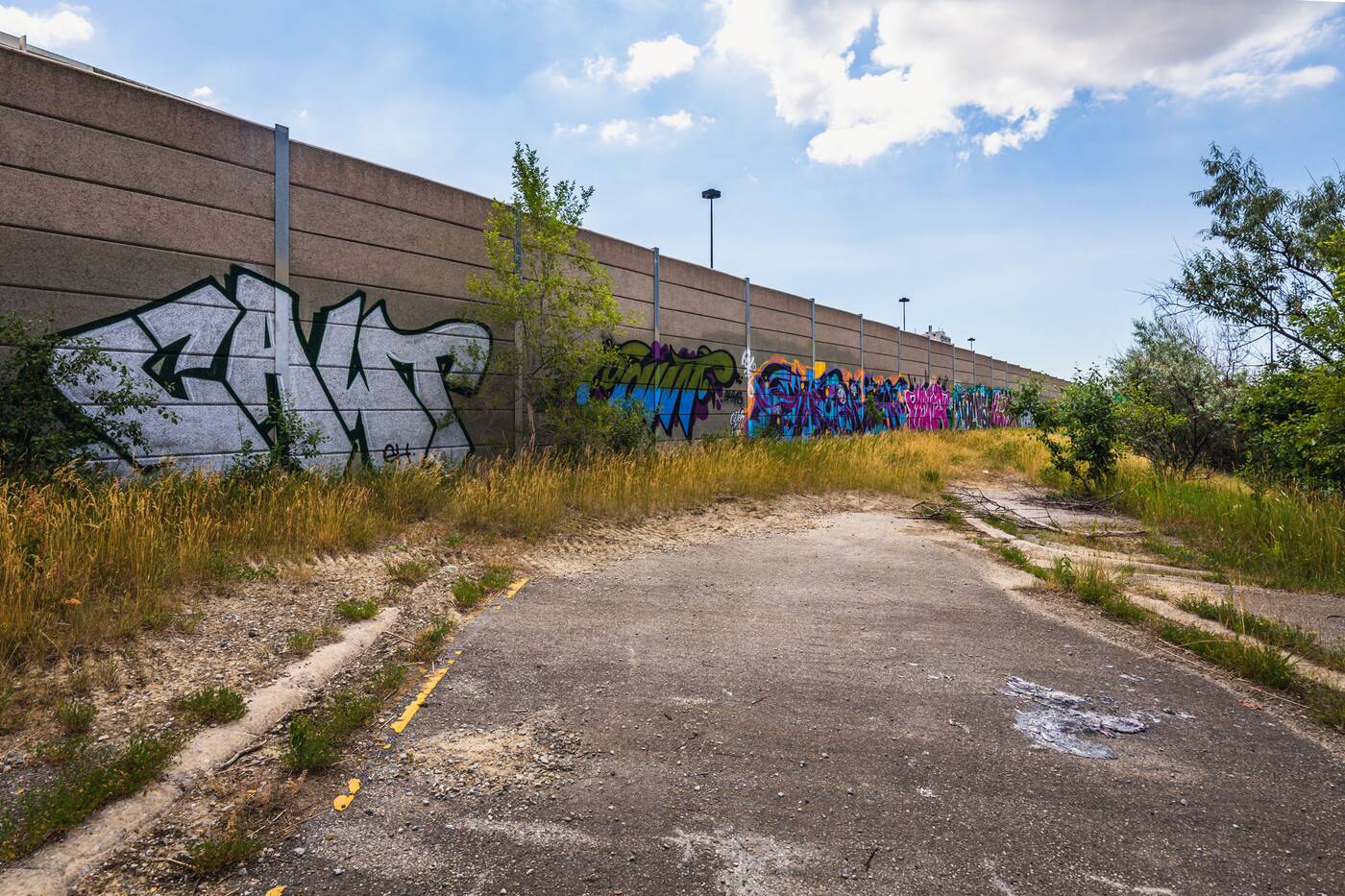 Walking the road today is a serene, if not a bit unsettling, experience. 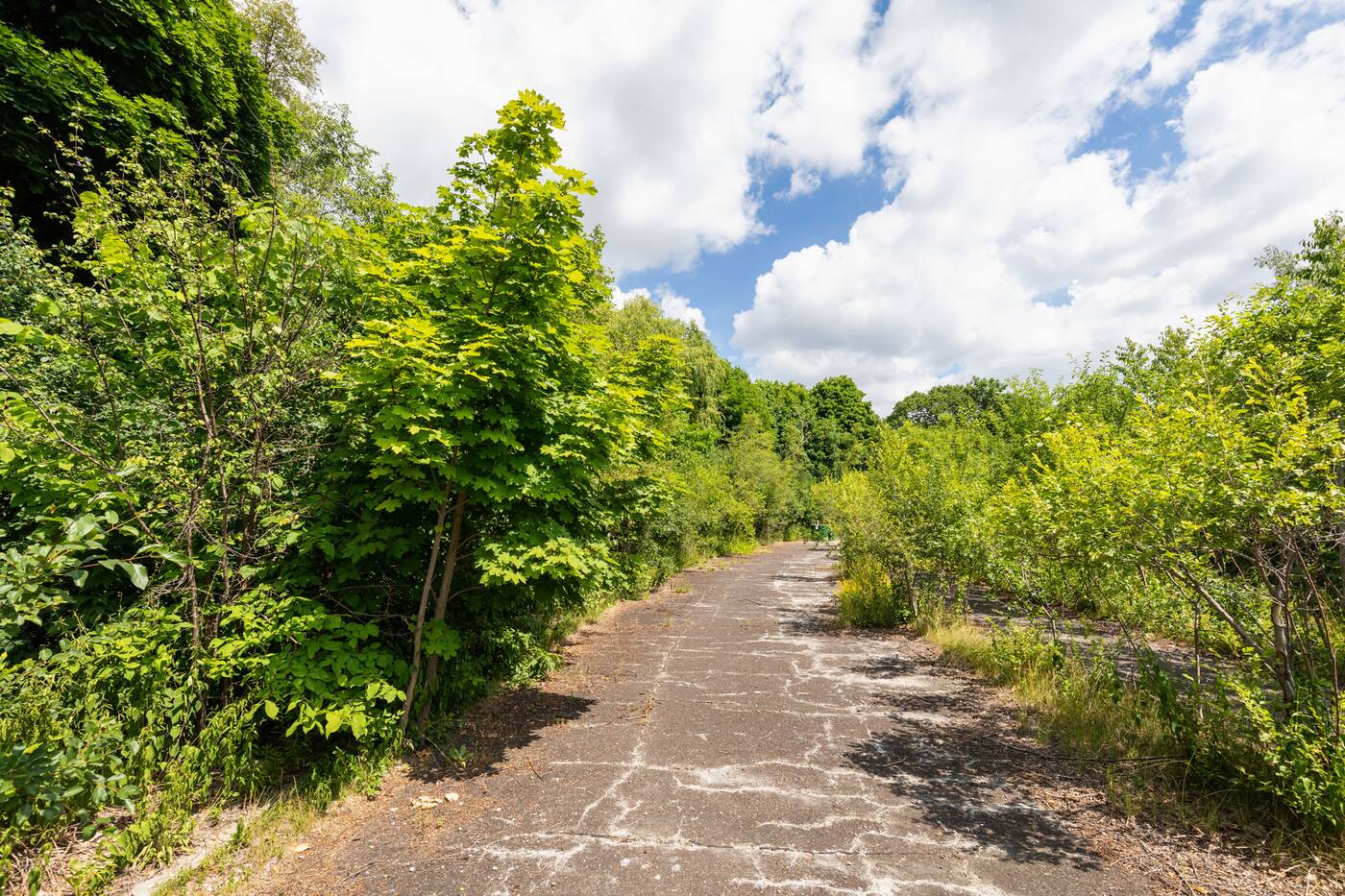 The noise of DVP traffic fades as you cross the now densely treed ramp, with cars speeding past behind a stuffy noise barrier, adding to the sense of isolation visitors to the ramp can feel. 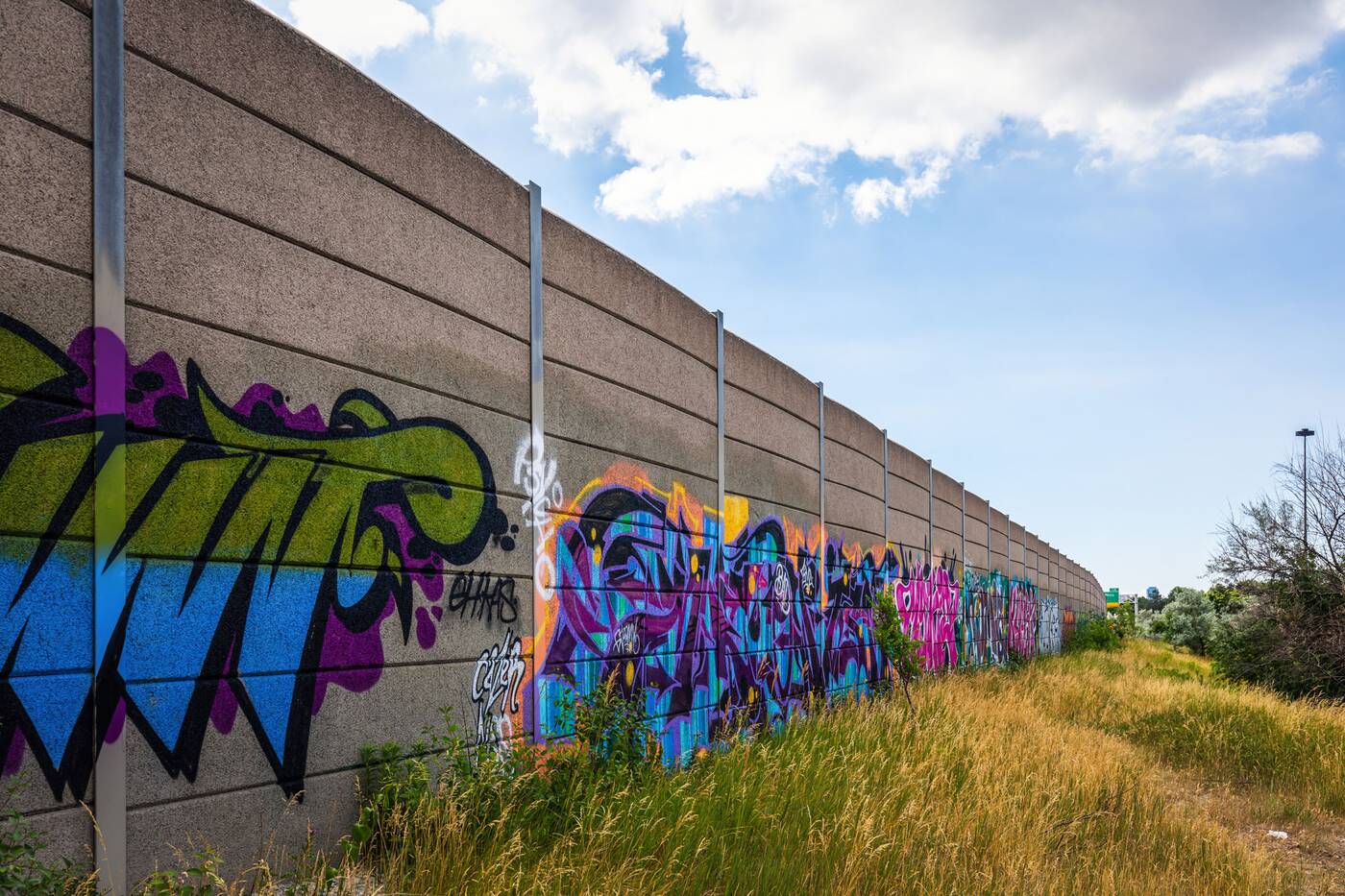 It might seem a bit surreal to feel the sturdy, if not slightly less good, infrastructure under your feet, while being surrounded by signs of nature’s relentless perseverance. 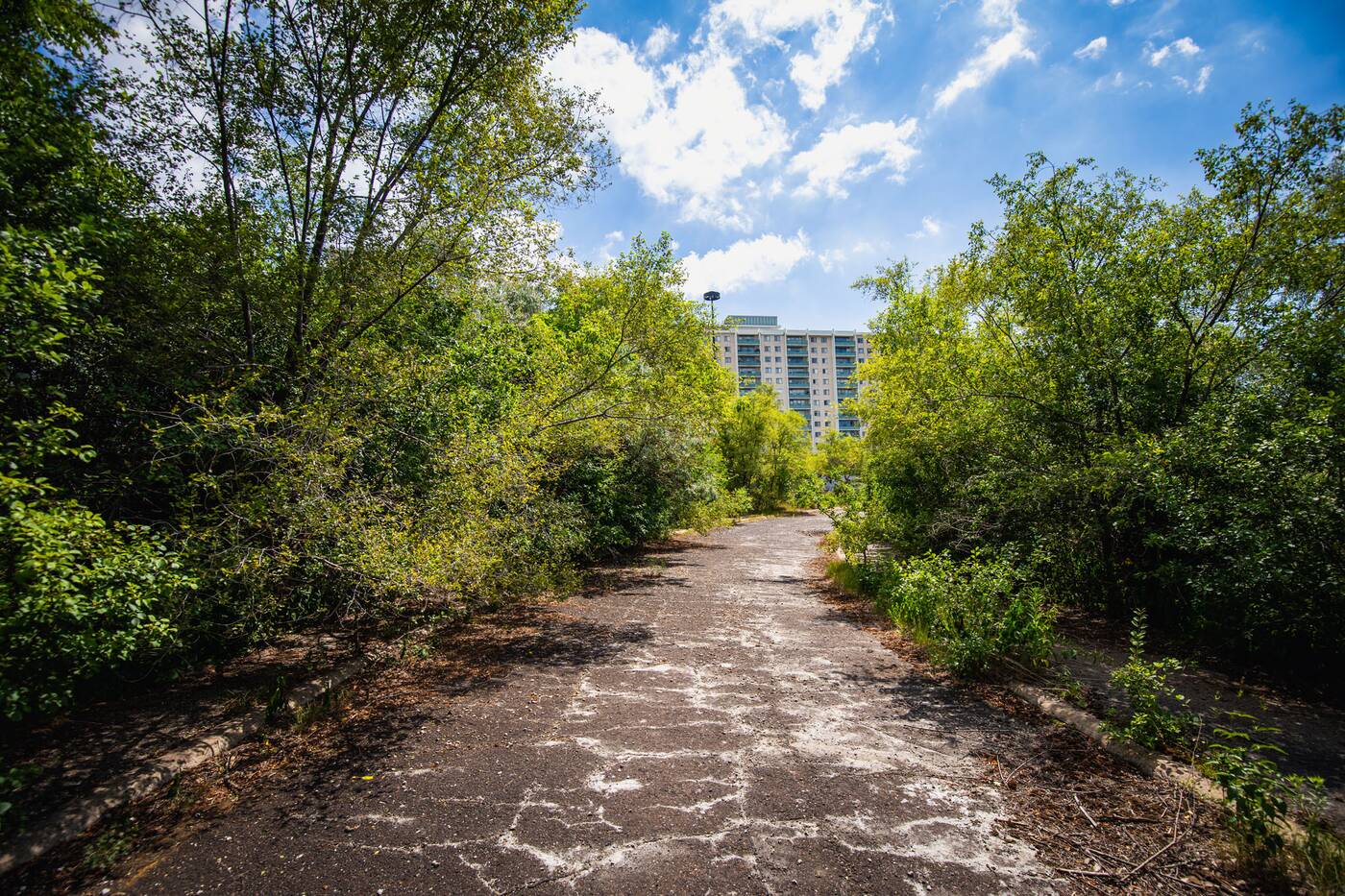 The ramp is no longer useful for traffic, but it serves as a reminder of how quickly man-made objects are recovered once left in the elements.